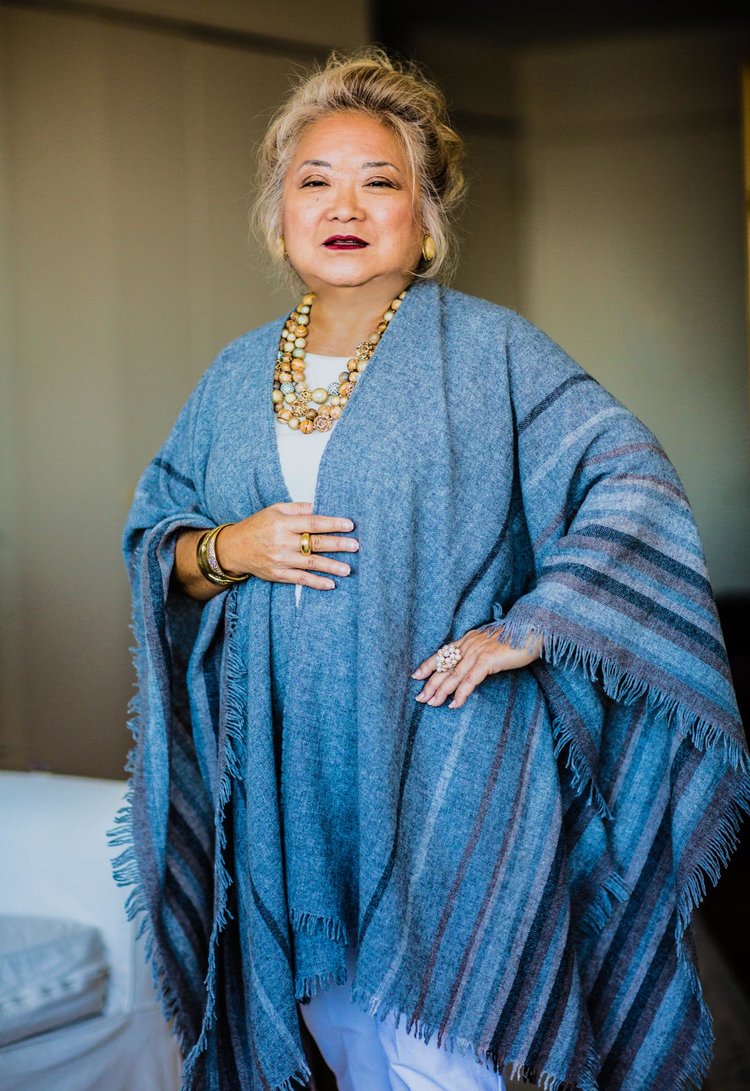 In 2002, after spending the previous 12 years building up a PR agency with 12 other partners, serving as the primary caregiver to her husband, and turning 50, Patrice Tanaka visited an executive coach. “I was fried,” she says.

The coach asked her to do something predictable: write down what she wanted her life’s purpose to be.

“This is five months after 9/11 and I was haunted by the idea that nearly 3,000 people went to work that morning and didn’t come home for dinner,” she says. “So this idea of having a life purpose that was tied to any point in the future sounded like a risky bet. So my purpose in life is to choose joy in my life every single day, to be mindful of that joy and to share that joy with others.”

“When the coach asked her what brought her joy, she said “dancing,” a thought that hadn’t occurred to her since she was a child, dreaming of dancing like Ginger Rogers. The next steps ended up transforming later life for Tanaka — transitioning her from an in-demand executive building consensus as she built a business, to someone keen to share her newfound joy with others.

At first it was just a one-hour a week ballroom dance lesson. But she got more and more into it. First a competition came up, then another and another. Before long she was competing nationally, even winning a few titles.

Six years ago, she wrote a book — Becoming Ginger Rogers: How Ballroom Dancing Made Me a Happier Woman, a Better Partner, and Smarter CEO — because the parallels between the side gig she’d picked up and her day-to-day were too similar to ignore.

“Dancing actually forces you to be fully present,” she says. “That’s the only way you can dance well. If you can execute your present step full-out and fearlessly, that’s what produces your next step or your future. There were so many lessons like that that I learned that I bought to my business.”

A note on her business. While she was dancing — and in her 50s — she continued to build PT&Co, the agency she founded with 12 colleagues in 1990, steering it through a merger in 2005. PT&Co, and later CRT/tanaka, has been recognized nationally as one of the most creative companies and as one of the best to work for. “Four years ago, the agency was acquired by a Minneapolis PR firm, Padilla, in a deal valued at $33 million, making it one of the top 10 largest, independent PR firms and the largest employee-owned agency in the U.S.”

Tanaka no longer works there. And though she continues to serve on the boards of organizations serving women and children, she decided a couple of years ago she couldn’t sit still and formed something new.

Joyful Planet is a consultancy that draws on her purpose-driven work as well as the tenets of a productive and happy workplace and community that she proselytized in her businesses. She works with individuals and organizations to brainstorm purpose, with the theory being that happiness at finding what you’re good at is infectious.

“I’ve started three successful PR agencies, and I’ve worked on 10 of the top 100 global brands. And I’ve created campaigns that have created a social impact. And all of that was amazing and exciting… but I think the work I’m doing now is the most compelling, or most exciting. Because it’s about sharing my joy by helping other people discover their purpose and joy. I know that’s the single most powerful thing we can do for ourselves.”

Something I didn’t mention earlier: Tanaka wasn’t born in New York City into a high-powered family. She was born in Hawaii, and worked her way up at a newspaper and then in the PR department of a hotel before taking a leap and moving to the city in 1979. The risks she’s taken in life haven’t always been calculated. Often, she’s just made the best possible decision given the circumstances. It’s something she keeps in the back of her mind while consulting.

“The reason many people don’t want to know their purpose is that they believe it will force them to quit their day job and then how will they pay the rent?” she says. “I think, ultimately what finding your purpose does is that you are leveraging the gifts that are innate and special to you. And you’re sharing them and serving other people. There can’t be anything better than that.”