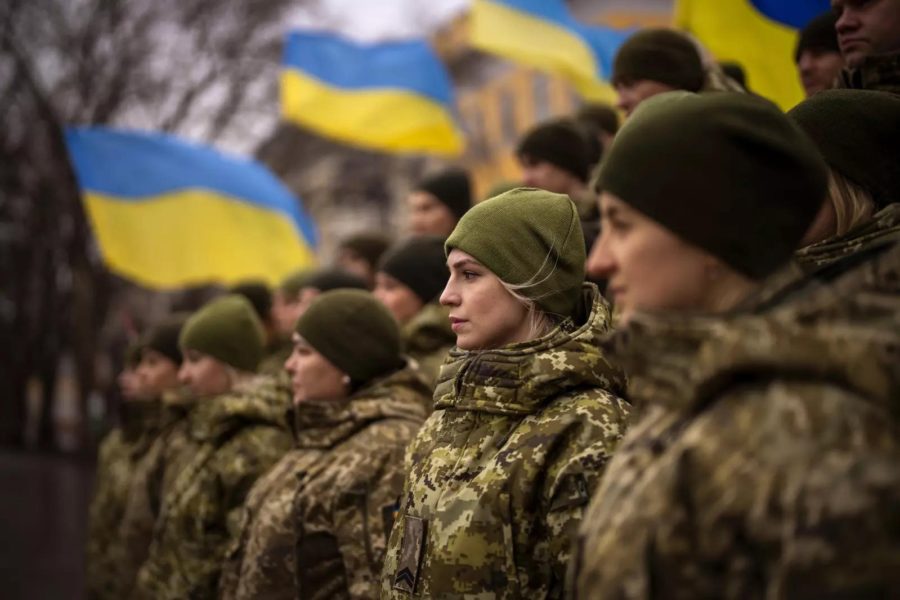 On International Women’s Day 2022, I celebrate the Women of Ukraine, who are fiercely fighting for their country alongside Ukrainian men as Russia tries to bomb it into oblivion. Ukrainian women not engaged in combat are caring for their children in a war zone or as they flee across the border to a scary, unknown future.

Today, nearly 10 percent of Ukraine’s military is comprised of women, and it is only because Russian attacks on the Donbas region of Ukraine in 2014 attracted women civilians to fight alongside soldiers and then to push for equal opportunities among their ranks. The 2014 war in Donbas forced the Ukrainian military to confront a reality it faces, again, today – it can’t afford to discriminate against women.

In 2016, Ukrainian women won the right to serve in combat positions.

I hope that once Russia’s war on Ukraine ends Ukrainian women will be invited to help rebuild and run the country as Rwandan women were given the opportunity to do, following the country’s Genocide in 1994 when one million people were slaughtered.

Today, Rwanda enjoys the highest percentage of women appointed to government, accounting for more than 60 percent of its parliament. Rwanda achieved this stunning feat in less than three decades after the 1994 Genocide. Women were enlisted to help rebuild and heal the country. In 2003, the involvement of women in local and national government was made permanent by a 30 percent quota of women prescribed by Rwanda’s new post-Genocide constitution.

Today, Rwanda is acknowledged as one of the most stable nations in Africa and nearly corruption-free. Life expectancy has risen from 48 to 58 years. Deaths of children under five have been cut in half. A compulsory education program has boys and girls in primary and secondary schools in equal numbers. And national mandates and programs are reducing violence, including violence against women.

I think we should take a page from Rwanda because, today in the U.S.:

Only 23.5 percent of all corporate board seats on the Russell 3000, which tracks the largest public U.S. companies, are held by women. And in 2021, women still earned only 80 percent of what men earned; this is down from 84 percent in 2020. Women, it seems, have been more negatively impacted by the pandemic.

Although, the current 117th U.S. Congress is comprised of a record-breaking, 27 percent women, this is still far below our share of the overall U.S. population.

Will it take another 111 years for women to finally achieve gender equity?

Only when we achieve gender equity in the boardroom and in legislative rights and in courtrooms, including the U.S. Supreme Court, can we hope to begin dismantling “systemic,” gender inequity.

How can we accelerate this process?

Silicon Valley and the business world are always focused on accelerating the rate of innovation, change and progress. Why can’t we as a nation focus on “accelerating gender equity” – and diversity, in general – to unleash greater innovation, change and progress in business, government and society? Significant research already abounds, revealing how diverse organizations achieve greater performance, productivity and profitability than non-diverse ones.

Let’s #BreakTheBias – the theme of International Women’s Day 2022 – by accelerating gender equity – and diversity, in general – to unleash greater innovation, change and progress in U.S. business, government and society and, in doing so, truly set an example, for the rest of the world.

About the Author: After an award-winning PR & Marketing career and co-founding three agencies, Patrice Tanaka started Joyful Planet, where she works with individuals and organizations to discover and actively “live” or “operationalize” their purpose and unleash greater success, fulfillment and joy in their personal lives, workplaces, and communities. Joyful Planet is Patrice’s vision of 7.9 billion people living their purpose and leveraging their talent, expertise and passion in service of others. Life and organizational purpose are the subjects of Patrice’s best-selling books, Beat the Curve and Performance360. She has been honored by PRWeek (Hall of Fame inductee), PRSA Foundation (Paladin Award), PRSA (Paul M. Lund Award for Public Service), New York Women in Communications (Matrix Award), among others. Patrice is Immediate Past Co-Chair of the Diversity Action Alliance, a PR industry-wide coalition of 15 influential organizations committed to action on diversity, equity and inclusion. She has also served as a trustee for many organizations focused on girl- and women’s leadership development and economic empowerment. Born and raised in Hawaii, Patrice lives in New York City and is committed to living her life with the “Aloha Spirit.”