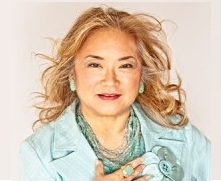 I walked home Saturday from my pedicure appointment, continuously scanning the people around me and gripping my heavy, black bag to use as a weapon in case someone attacked me.  I’ve never walked the mean streets of Upper East Side Manhattan, Fifth Avenue and 42nd Street on such high alert.  In the wake of last Tuesday’s shooting of eight people – including six Asian women – I feel less safe in the city I love and have lived in for more than 40 years.

Last week’s shooting is part of the rise in anti-Asian hate crimes over the past year of the pandemic, fomented by former President Trump who repeatedly referred to COVID-19 as the “China virus” and “Kung flu.” More than 3,800 anti-Asian hate crimes have been documented by the coalition, Stop AAPI Hate, since March 2020.  Sadly, what it revealed is that women reported hate incidences 2.3 times more often than men.

The intersectionality of anti-Asian hate and violence against women is deeply troubling to me as an Asian American woman and someone who has focused on girl- and women’s leadership and gender equity for the past 30 years and who served as a trustee for Futures Without Violence for a decade.

Last Monday in CommPRO.biz, I wrote a post entitled, “I am Woman!,” for Women’s History Month and shared it on social media, saying, “It’s a glorious time to be a woman.  A time to finish what Hilary Clinton called “the great unfinished business of the 21st century.”  I was buoyed by enthusiasm for our nation’s first female Vice President and the gender-balanced leadership reflected in President Biden’s Cabinet picks.

In that post I shared that, “Growing up in Hawaii, Asian Americans were in a majority so I had the luxury of not having to think about my ethnicity or considering it any type of ‘disadvantage.’ Even after I moved to New York City in my early 20’s and became part of an ethnic minority for the first time in my life, I still didn’t think about my ethnicity.”

I became more conscious of my Asian American identify when I got involved in co-founding the Asian Pacific American Women’s Leadership Institute in 1993.  I learned that, growing up on what we in Hawaii referred to as “the Mainland,” being an Asian American or Pacific Islander often meant you were the only one in your neighborhood, school or community.  It meant that you felt your “otherness” every day of your life.

Since George Floyd’s murder last May, I have been more strongly focused on helping to create greater diversity, equity and inclusion (DEI) in all communities that I am involved.  My focus and that of others committed to DEI have been on Black and Brown communities.  I wasn’t really focused on the AAPI community even though there have been ongoing incidences of anti-Asian violence covered by the media.

Last week’s shooting in Atlanta got my attention like a punch to the gut.

I understand now what it feels like when you want to scream that six Asian women were murdered in an anti-Asian hate crime and the world is somewhat oblivious to this and simply going on about its business.  Yes, the media covered the Atlanta shootings, AAPI groups sounded alarm bells about the latest hate crime against Asians, and major companies who’ve publicly committed to a greater focus on DEI expressed support for the AAPI community.

In the wake of the shootings, I’ve found myself relentlessly posting and sharing support for the AAPI community, trying to keep the story alive in the face of human nature simply wanting to return to homeostasis.  Some people on social media have responded to my posts asking, how do you know it was an anti-Asian hate crime?  One even called me a “racist” for characterizing it as an “anti-Asian hate crime.”

Since Tuesday’s shooting, I’ve continued to work from home – answering emails, attending meetings, taping a TV show and a podcast and posting on social media. Often those I’m communicating with have not even acknowledged, what for me feels like the AAPI community’s “George Floyd” murder, even though the country didn’t watch it relentlessly replayed on national news and social media, and the names of the victims were unknown to us until days later.

I’ve felt somewhat disconnected to others because of this lack of acknowledgment of the murder of those six Asian women in Atlanta.

In the days following the shooting:

A few Black, Brown and white friends checked in on me to see if I was ok.

A couple of upper middle class, Asian American women with whom I text nearly every day were not really tuned into the Atlanta shootings – one was helping a friend move and the other was focused on her family.

A few friends and professional colleagues I’ve been working with to co-organize an AAPI event focused on #StopAsianHate and someone else who asked me to write about the shooting for their community, surprisingly, didn’t ask me how I was feeling/doing.  But, in truth, I didn’t ask them either.  I was in my own bubble.

I participated on a Zoom call Wednesday with a group of good people focused on enhancing our organization’s commitment to DEI and no one acknowledged the shooting in Atlanta.

I love all these people and don’t mean to judge them harshly. I’m just reporting what I’ve experienced over a few days post-Atlanta shootings when the world changed for me, but, I realized, not too many people I engaged with noticed or felt the same way.

I think many Americans, myself included, have been more focused on discrimination and hate crimes against Black and Brown people, but not so much against Asian Americans, especially when they are informed by the “model minority” myth that our group does not experience struggle or racial discrimination along with statistics, revealing Asian Americans to be the highest earning racial and ethnic group in the U.S.  This enviable status, however, is not shared by all Asians. In fact, income inequality in the U.S. is greatest among Asians.  Asians displaced blacks as the most economically divided racial or ethnic group in the U.S., according to a new Pew Research Center analysis of government data.

Historically and culturally, Asian Americans have kept their heads down and just soldiered on in the face of injustice and violence.  I didn’t even learn about Japanese Americans being incarcerated during World War II until I was in college because that generation felt such shame about this chapter in their lives that they never spoke about it.

When asked if there had been a moment paralleling the Atlanta shooting, poet and essayist, Cathy Park Hong in a recent interview, “Why this Wave of Anti-Asian Racism Feels Different” in The Atlantic, cited the killing of Vincent Chin in 1982, which she said led to an outcry among Chinese and Japanese Americans.

I remember the murder of Vincent Chin, a Chinese American draftsman, who was beaten to death in 1982 by two white men, a Chrysler plant supervisor and his stepson, a laid-off autoworker.  They beat him to death with a baseball bat out of anger that Japanese automotive imports had hastened the decline of Detroit’s Big Three companies.  It didn’t matter that Vincent Chin was Chinese not Japanese.  The men who murdered Vincent Chin got away with this murder by paying a $3,000 fine and serving a three-year probation with no jail time.

Partly because of Trump, Hong explained, “There has been a retrenchment of identities and people have been more upfront in talking about race and structural inequities in this country.  This has resulted in more Asians speaking up.”

And speaking up is what we Asian Americans and our allies must do to make sure that “anti-Asian hate crimes” is understood to be a real thing.  We can’t leave hate crimes to be characterized by others, including Cherokee County Sheriff’s Office Captain Jay Baker, who explained that eight people were dead because the shooter had “a bad day.”

It’s important that we Asian Americans report hate crimes, speak up about them, enlist allies to march with us to make our grievances more “media-genic” to generate greater attention, and demand justice until we get it.  I’ve been seeing Asian Americans emerge from silence on social media to tell personal stories of hate crimes against them.  We need more Asian Americans to step up and be “visible” so that the idea of anti-Asian hate crimes can become more “visible,” too.

Importantly, we Asian Americans must continue to build cross-cultural community among AAs – there are 20+ ethnic identities in this group – and build bridges between Blacks, Latinos, indigenous populations and other immigrant groups so we can build a coalition to fight strongly for social justice for all.

Becoming a “majority-minority” country is right around the corner, sometime between 2041 and 2046 (depending on incoming immigration).  Last year in 2020, ethnic minority children were projected to comprise the majority of children in the U.S.

The best thing to emerge from last week’s horrific shooting in Atlanta was the healing wave of allyship expressed by people of conscience, public figures, media commentators, companies, non-profits and other organizations.  I’ve never before seen such a groundswell of support for the AAPI community and it feels good to know that we Asian Americans are part of a coalition of individuals and organizations committed to a fair and just America.

I am an Asian American woman committed to fighting for this America. 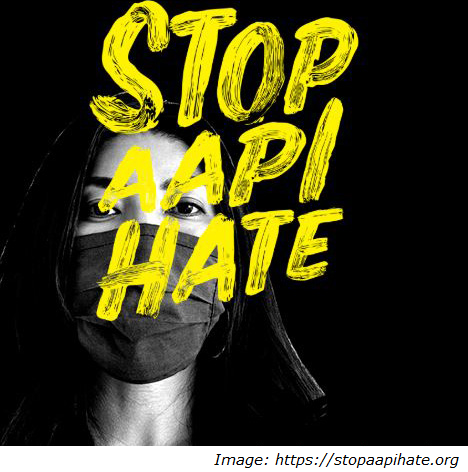 About the Author: After an award-winning PR & Marketing career and co-founding three agencies, Patrice Tanaka started Joyful Planet, working with individuals and organizations to discover and actively live or operationalize their purpose and unleash greater success, fulfillment and joy in their personal lives, workplaces, and communities. Joyful Planet is Patrice’s vision of 7.7 billion people living their purpose and leveraging their talent, expertise and passion in service of others. Life and organizational purpose are the subjects of Patrice’s best-selling books, Beat the Curve and Performance360. She has been honored by PRWeek (Hall of Fame inductee), PRSA Foundation (Paladin Award), PRSA (Paul M. Lund Award for Public Service), New York Women in Communications (Matrix Award), among others. Patrice is Immediate Past Co-Chair of the Diversity Action Alliance, a PR industry-wide coalition of 15 influential organizations committed to action on diversity, equity and inclusion. She has also served as a trustee and volunteer for many organizations committed to girl- and women’s leadership development, economic empowerment and gender equity.